A potential production study of Sasak duck and the non-indigenous ducks (Campbell, mojosari, MA, and alabio ducks) was carried out in Centre Lombok Regency. Research materials were 50 female DODs for each breed. The variables observed were growth rate and feed conversion. The growth rate was measured every week from started from DOD until 10 weeks old. The data obtained were analyzed by using one-way ANOVA Complete Randomized Design. Results of research: body weight gain (BWG) for all breed increased until age between 5-6 weeks after that declined. Sasak and Campbell BWG were the least. The shank length average of all breed increased 253,86% within ten weeks. The shank length gain (SLG) for all breeds decreased steadily from the first week. The relative SLG of Sasak and MA ducks were between labia duck and Campbell ducks. The relative SLG of labor duck was highest and while that of mojosari ducks was the lowest. The average of the shank diameter gain within 10 weeks for all breeds increased 217.43%. There was no shank diameter difference (P 0.05 >) between Sasak ducks and the nation Lombok indigenous ducks. The average of middle finger length (MFL) of all breeds from one to 10 weeks increased 181,90%. The relative MFL gain of Sasak and Campbell ducks were less (P < 0.05) than that of the other three breeds. The feed conversion of Sasak, Campbell ducks, mojosari, MA, and alabio were 3.60; 3.90; 4.04; 4.06, and 3.66 consecutively. 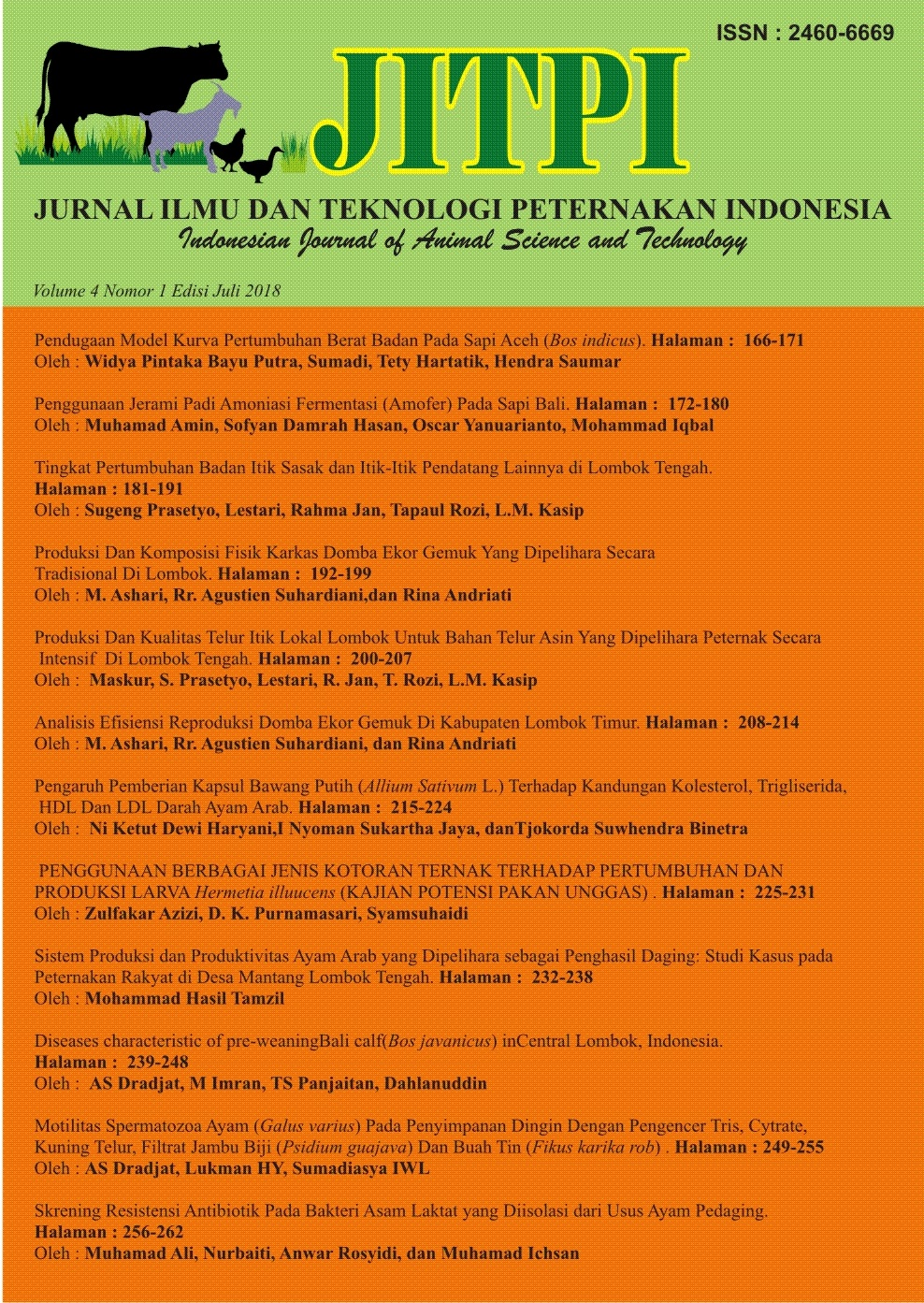 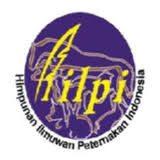 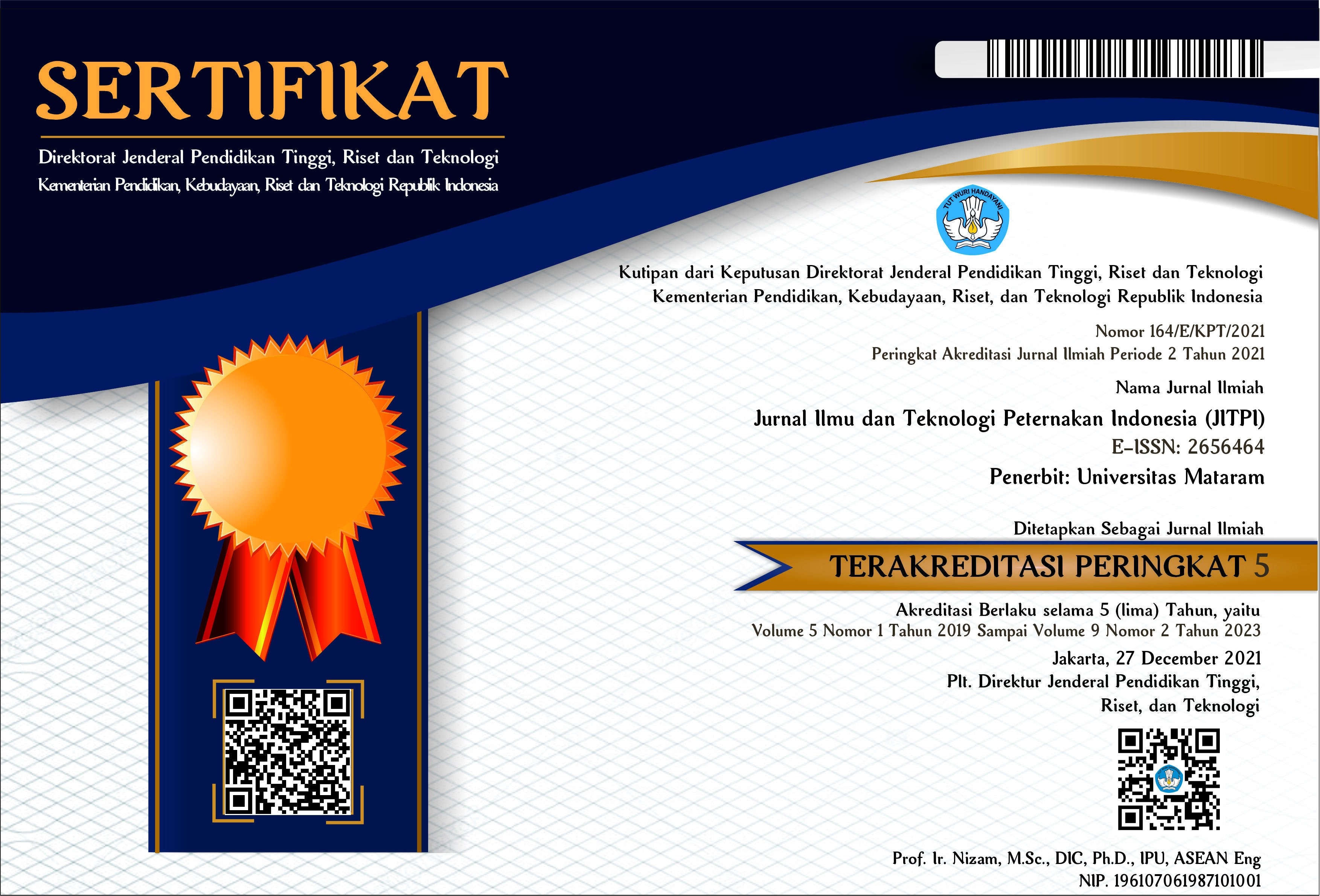